For those who are searching for a boredom quencher!

People all around the world are searching for ways to keep themselves occupied while staying home. Coloring, baking, sewing, reading, crafting, exercising, and even cleaning are just a few of the ways people are finding to burst their bubbles of boredom. Look no further!

The rules are simple; find some way (literally, any way!) to incorporate the noun and verb into a story together while staying within the word count. Creativity is highly encouraged! Happy writing!

Being the first article of the series, an example is provided.

Optional Challenge: There had been a recent death

Alexander pulled the magnifying glass back and put it in his pocket. “It’s a real mystery,” he said, “I ain’t ever seen a murder like this, and that’s coming from a pathologist with 23 years of experience.”

“Seriously, we work in a chainsaw factory, who would think that feeding a man a rubber glove was the best way to take him out?” Joanne said, disgust written across her face.

“Are you almost finished?” Paul shouted from across the room. His face had gone pale with a greenish tint. He could hardly handle ripping off a bandaid, much less sitting in on a dead co-worker’s autopsy.

“Just about, whimp,” whispering that last part under her breath. She looked up to see Alexander washing his hands, and decided to use this time to get a closer look at the man and the glove. “Do you have any idea who might have done this?”

“I’m afraid I don’t, but if someone was this desperate to have him dead, he must’ve done something’ pretty foul,” replied the pathologist.

Something about his tone made Joanne uneasy. “Such as…”

No, really, what are you thinking?”

He began to grow uneasy. “Really nothing.”

Joanne began to stare into his soul like it was a starry night. After several uncomfortable moments, she looked past his shoulder to see a box of gloves hanging from the wall… the same type that was stuffed in the man’s intestines!

With a burst, he yelled, “Fine, it was me! Come on, how hard is it to pick up your dogs droppings from your neighbors yard, or better yet, keep it in your own yard! Years and years of me scolding him, but nothing changed, of course I was bound to retaliate…”

“If you can catch me,” and in the blink of an eye, he pulled out a tub full of little bouncy balls from beneath the table the man was on, and bounced them all at once creating an impenetrable barrier of bouncy balls through the room.

“Stop him, Paul!” Joanne yelled through her arms that were guarding her head, but Paul was too busy vomiting in a trash can to hear anything that was happening.

“Sorry, gotta bounce!” and the evil pathologist was off, never to be seen again or rightfully convicted of his crimes.

If you want a picture to show with your comment, go get a gravatar. 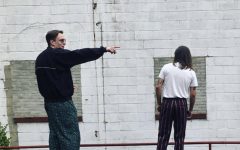 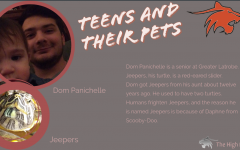 Teens and Their Pets – Dom Panichelle 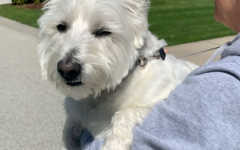 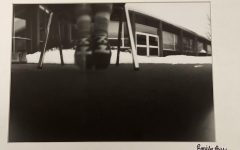 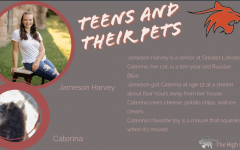 Teens and Their Pets – Jameson Harvey