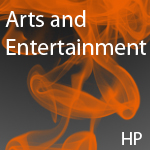 Lady Gaga’s “Little Monster” fans all know that she is one of the top American pop singers with her unpredictable performances and hit songs. Gaga’s Monster Ball Tour is her second worldwide concert tour. With her first concert in Pittsburgh selling out within minutes, Lady Gaga is making her way back again on February 26, 2011 for her second Monster Ball Tour performance.

Lady Gaga is able to attract tens of thousands of fans to her concerts because of her outrageous performances and style, along with her smashing hits such as her new single, “Born This Way.” Only one day after the release of this catchy single, it hit number one on the music charts. Gaga’s new album, “Born This Way,” is set to release on May 23, 2011. She announced the title for the album during her 2010 VMA Video of the Year speech.

It would be hard to top some of Gaga’s ridiculous fashion choices. No one knows what she will pull off next when it comes to her bold and risky outfits. From showing up to the 2011 Grammy’s in a vessel and hatching from it during her performance to wearing a red meat dress to the MTV VMA awards. Many wonder how she comes up with these absurd ideas and outfits. All we know is that it leaves fans guessing and anxiously waiting to see what “Mama Monster” will do next.

“Lady Gaga pulls off the craziest outfits. The most bizarre one was the meat dress that she wore to the VMA,” says Emily Yokopenic, junior.

Lady Gaga announced her Monster Ball Tour on October 15, 2009 and it kicked off on November 27, 2009 in Montreal. She has toured North America, Europe, and Asia. With all of the different countries and states she has visited, Pittsburgh fans are lucky to have the opportunity to see her live in concert once again. Lady Gaga will be performing at the Consol Energy Center in Pittsburgh with special guest, Scissor Sisters on February 26, 2011 at 8 p.m.

Hannah Heminger, a Lady Gaga fan attending this upcoming concert said, “I am looking forward to getting dressed up in my top secret outfit that will be awesome! I also can’t wait to hear her new single live, Born This Way.”

Fans will hear songs from “The Fame” and “The Fame Monster” along with  new songs from her upcoming album, “Born This Way.” Both “The Fame” and “The Fame Monster” have sold over 10 million albums. Gaga’s hit singles, “Just Dance,” “Poker Face,” “Lovegame,” “Paparazzi,” and “Bad Romance” have sold over 30 million singles worldwide as well. Lady Gaga is truly a musical icon for fans all over the world. Her talent, absurdity, and love for her fans makes her who she is today.