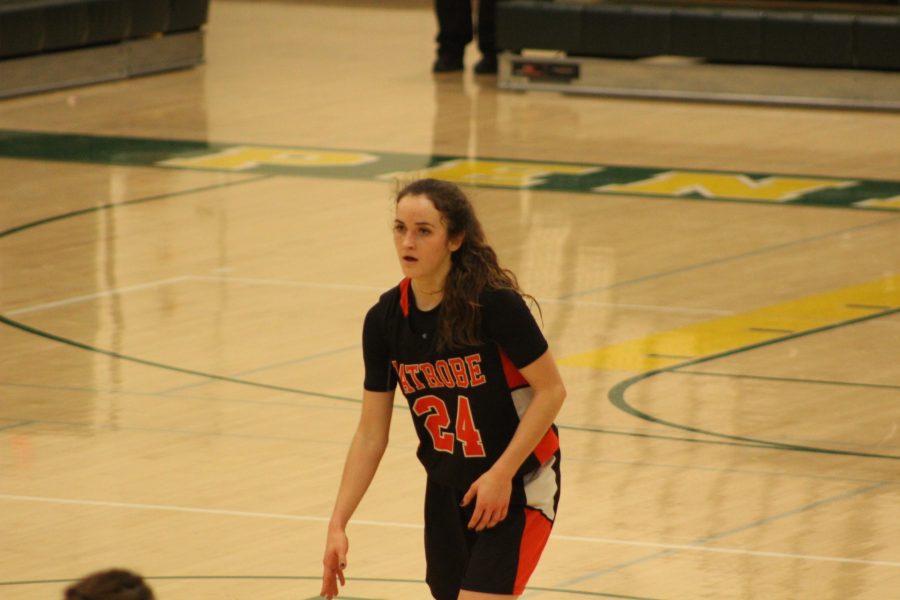 Junior shooting guard Laura Graytok has been playing basketball since she was in second grade, and now she is averaging 22 points a game, and is a top scorer on the Latrobe girls basketball team. The girls may have a low record of 10-14 with upsets to Penn Trafford and Hempfield, but that doesn’t stop them from playing their very best. It surely doesn’t stop Laura Graytok from getting to the hoop to help them win, and play competitively.

“I probably started playing because I grew up around it,” said Graytok. Both her brothers played basketball, Sean Graytok who graduated from Latrobe last year, and their oldest brother Brian Graytok, a 2014 graduate of Greensburg Central Catholic. Her brothers have also scored 1000 points in their past high school careers. Sean Graytok reached his 1000 points on January 29, 2016 against Hollidaysburg his senior year. Brian Graytok recorded his 1000 points on December 17, 2013 against Blackhawk. Brian Graytok, who now plays for Washington and Jefferson, has inspired Laura to play hard and do her best. Her brother Sean who plays for the Coast Guard continues to inspire her to play as well.

She has had major influence from her brothers, which helped her gain the experience that she has. “My brothers are my biggest supporters, they introduced me to the game and teach me about it,” said Graytok.

“I put a lot of time into it I’d say, I try to practice everyday mostly six days.” She was seen frequently after home games staying in the gym practicing on her shooting. “I got to where I am by just putting the time in and playing against good competition.” Competition like rivalry team Hempfield, with a disappointing loss to Hempfield in the beginning of January with a score of 69-55, to overcoming them and fighting for a win on January 30, 2017, with a 55-51 victory.

The whole team has worked hard and looked for a win against Penn Hills which was also their senior night honoring students, Emily Stein, Alex White, and Regan McCracken. With a loss against Penn Hills and Fox Chapel the girls did not make it to the playoffs, but continue to work and practice for next season. Next season, Laura has high hopes for the team, she says, “I think that we’re going to have a lot more experience next year as a team. I think of this past season as a rebuilding year so I’m looking forward to next year.”