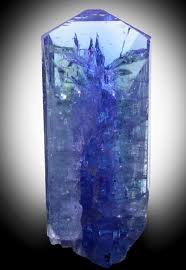 BEEP! BEEP! BEEP! BEEP! Click! “Uhhh!” I moaned as I tried to wake myself as I hit the alarm clock. “What time is it?” I said out loud for myself. I turn to my left and see that the time was 6:15 a.m. As I sat up on my bed, my door opened up letting in all the light from the hallway hit me straight in the face. “Someone turn off the sun!” I yelled out.

“That won’t happen for about another thirteen hours Devin.” My brother said in a sarcastic and successful tone. “Come on you need to get up. We need to get ready for school.”

“Ok.” I said while I stood up. I went over to my dresser and pulled out the clothes I was going to wear that day. “What day is it.” I asked my brother while I yawned.

“Also, you can hop into the shower, I’m all finished in the bathroom.”

“What do who mean?” He said with a little giggle.

“The last time you took a shower before me you put a lifesaver candy on the shower head and it got me all sticky!”

“Oh yeah.”He said while lying that he had forgotten about it and just now remembered it. “That was a good day.” he said with a smile.

“Maybe for you!” I said angrily. “I’m going into the shower now.” as I storm out of my room and into the bathroom downstairs.

When I got into the bathroom, I pulled the rubber duck shower curtain back and checked to make sure the shower was ok. “Everything looks fine, but if Ryan did anything to the shower. He is going to get it!”

As soon as I did that, the faucet for the bath tub poured tons and tons of lifesavers into the tub and were all wet from the water in the bath. “Only my feet will get sticky Ryan! This isn’t your worst prank that you have pulled on me.” I yelled out. As I started to put shampoo in my hair.

“That’s not the main event Devin!” My brother shouted from behind the door.

“Your shampoo isn’t shampoo!” I paused for a second. In shock. “It’s melted butter with honey in it!”

I immediately jumped out of the shower, put on some pants then chased my brother around the entire house. My brother then went out the door and ran to the bus stop. I went back into the bathroom and used the sink to get the stuff out of my hair. But I was too late and it dried up into my scalp. I couldn’t get it out of my hair.

I didn’t have enough time to finish my shower, or what was left of the shower anyhow. I put on the rest of my clothes and went into the kitchen to grab my lunch money from my mom.

“What happened to your hair Devin?” My mom asked me. As she grabbed some cut meat for my sister’s lunch.

“Ryan! That’s what happened!” I shouted.

“What did he do this time?” My mom asked me in a worried voice.

“Just take a look in the bathroom and my shampoo and you’ll see.” My mom looks toward the bathroom door and my dad walks in and shuts the door.

The next thing we hear is “What happened to the bathroom!”

“I better get going to school.” I said with a worried voice.

“That would probably be best. Here’s your lunch money.”

“Thank you. See you after school.”

“I will.” I walk out of the house and rush to my bus stop and made it just in time as the yellow bus pulls up to the stop. I make a fist in my right hand and punched my brother as hard as I could in the arm.

“Life always gets back at you. No matter who, what, when, why, and how. Life will always get you back.” I told him. Then we get on the bus, picked separate seats away from each other, and the bus drove on toward the school.