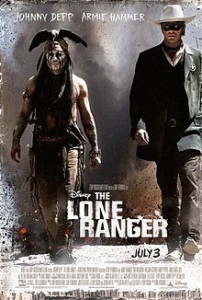 A few of the most anticipated movies coming out Summer 2013

Now You See Me

Who may want to see what?

If you enjoyed any superhero movie ever made, specifically previous Superman movies, you may be interested to see Man of Steel.

Synopsis: A new take on an old tale, Man of Steel revisits the comic book story of Clark Kent a.k.a. Superman back on the job, saving the inhabitants of Earth from the sinister powers that threaten the peace and happiness of ordinary people.

Fans of the original Monsters Inc. and people who love animated movies (specifically Disney/Pixar films) and family-friendly fun should check out Monsters University.

Synopsis: Mike Wazowski and James P. Sullivan (Sulley) are back for more adventures, this time at college. The storyline follows their original meeting at the university, where they initially dislike each other and chronicles their journey from foes to friends.

Another animated sequel coming out this summer is Despicable Me 2. People who enjoyed the first movie and cute slapstick comedy will likely enjoy this film.

Synopsis: Gru and the three girls are back for more comical mishaps and sweet moments, though they’ll probably be challenged by a new villain if Vector is still on the moon!

Capitalizing on the zombie obsession sweeping the nation, World War Z is probably a good movie for those that enjoy the zombie apocalypse scenario. People who love The Walking Dead, Warm Bodies, or Zombieland may be interested in this movie.

Synopsis: A researcher talks with survivors of a zombie apocalypse after every country around the world has been destroyed in the epidemic.

Avid comic book fans and people who enjoyed the previous installments of the X-Men franchise will definitely want to check out the latest addition to the world of mutants; The Wolverine.

Synopsis: Titular character, Wolverine, is back again, this time in modern-day Japan. In this installment he faces more deadly villains bent on his destruction and is pushed to his limit in a whole new way.

People who enjoy post-apocalyptic thrillers full of action and imminent danger, may want to check out After Earth.

Synopsis: A father and son crashland on a planet that was abandoned by humans after catastrophic events left the place uninhabitable.

Fans of thrilling action packed films and crime dramas may be interested to see Now You See Me.

Synopsis: The FBI tries to bring down a group of illusionists who rob banks during their performances and shower the stolen riches on their watching audience.