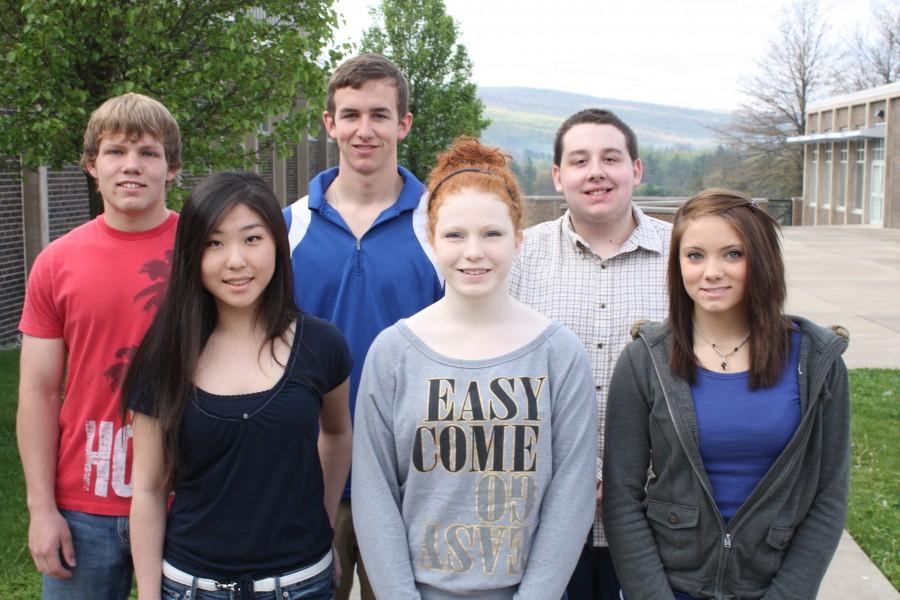 Letterman’s Club Athletes of the Week Honored
Two Greater Latrobe athletes received the honor of being the Letterman’s Club Athlete of the Week: junior Kaity Finley and senior Brandon Clark. In softball, Finley was five for eight with four singles and a double in two games this past week.  She had two RBI and scored four times and her speed and left hand slapping style of hitting helped her to an on base percentage of .777.  Defensively, she gave a solid performance at shortstop making a diving catch and doubling up a runner on third to end the inning and Penn Trafford’s scoring rally.  In the Norwin game, she made an amazing catch over her head to keep the ball in the infield and runners in place. In baseball, Clark achieved much early in the season. In the first nine games of the season, Brandon has been up to the plate 32 times and gone 13 for 25 for a .520 batting average.  His on base percentage is .600, and slugging percentage is .560 and only has one strike out.  Defensively, he has played 52 innings without error. Congratulations to both athletes!

Events Benefit Latrobe Family
A spaghetti dinner was held on Friday, May 4, 2012 from 4:00 to 9:00 p.m. at American Legion Post 982 with all donations going to the Guzik family, who recently lost their home, possessions, vehicles and pets to a fire. Additionally, on Saturday, May 5, 2012, Chick-fil-A helped by donating 20% of the total sales to the family. Students and community members are thanked for all assistance given.

Year End Activities Planned
As another school year comes to an end, many important events will occur. The EWCTC Senior Ceremony will occur on Wednesday, May 23, 2012 in the senior high commons area from 7:00 to 10:00 p.m, while the Student’s Recognition and Award Program will follow on Thursday, May 24, 2012 from 7:00 to 9:00 p.m. in the senior high auditorium. The Last Day For Seniors will be Friday, May 25, 2012, when all books, fines, and laptops should be collected. Yearbook Distribution will occur that afternoon during period 10 and 11. There will be No School on Monday, May 28, 2012 in honor of Memorial Day. Moving Up Day will occur on Tuesday, May 29, 2012, including locker clean out for all students, senior placement forms and cap and gown distribution for seniors and the Key Exchange and Flag ceremony for juniors and seniors. The Woodshop Show Project Exhibit will be that evening from 7:00 to 8:30 p.m. in the Center for Student Creativity. Commencement Rehearsal will occur for seniors on Wednesday, May 30 and Thursday, May 31. The Baccalaureate Ceremony will be held at Trinity Lutheran Church at 7:00 p.m. on Thursday, May 31. Commencement for the class of 2012 will be held on Friday, June 1, 2012 at 7:00 p.m. in the auditorium. The Latrobe Community and School Picnic at Idlewild will be on Thursday, June 14, 2012.

Latrobe Rotary Selects Student of the Month
Latrobe Rotary Club has named Greater Latrobe juniors Lance Metsger and Shiloah Kail as its students of the month for April. Metsger is a member of Key Club, helps to organize food drives, helps the elderly through Greensburg Rotary health screenings and assists at the annual Greater Latrobe golf team charity outing. He has been a Math Student of the Month and plans to attend college and dental school. Kail is involved with the Big Brothers Big Sisters program, National Honor Society, French National Honor Society, and coaching the U8 soccer team. Also named as a Math Student of the Month, Kail plans to study biomedical engineering in college.