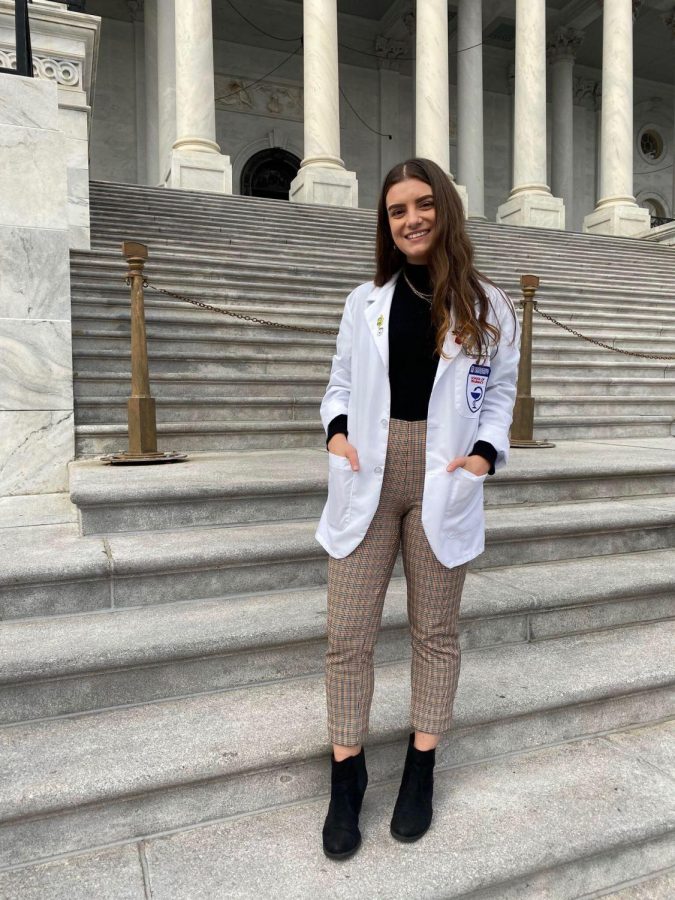 March 13 will mark the one year anniversary of the COVID-19 lockdown. It will mark the date many people’s ordinary lives were uprooted. From lockdowns and mask mandates to online school and online work, not one person has been unaffected by this crisis.

Historically when humanity faces such struggles many people are thrust by destiny to be the ones who fight against this externality. In the era of the modern pandemic these warriors are those who continue to keep us afloat;  those who fight the sickness while aiding the victims.

These duties have been seen by the likes of nurses, doctors, and pharmacy interns, such as Greater Latrobe Senior High School graduate Maura Miller, who, as a pharmacy intern, has had multiple responsibilities, but because of COVID became a pandemic fighter on the frontlines.

She wasn’t always sure what her pathway would be. “I didn’t really know what I wanted to go into, but I decided to shadow a pharmacist in my senior year [of high school]. That really pushed me to go into pharmacy because I thought it was a really interesting career. I saw myself being able to do it in the future. Even then at that point I really didn’t realize the opportunities that pharmacy had until I was at Duquesne.”

Duquesne was her choice of school after looking at multiple prestigious pharmacy schools. “I applied to about five pharmacy schools and I visited them all. Duquesne is just the one that stuck out the most because of the feeling that it was a small town in a big city,” Maura explained

One of the leading schools in pharmacy in the nation, Duquesne, located right in Pittsburgh, is a private school that hosts a large program for pharmacy, and as part of that program each student must become a pharmacy intern. “I have worked in a pharmacy for nearly five years. As a pharmacy intern I basically do everything to make the pharmacist’s life easier. I’ll fill prescriptions, call patients, counsel patients. Essentially just a lot of patient interaction and making sure they understand their medication.” 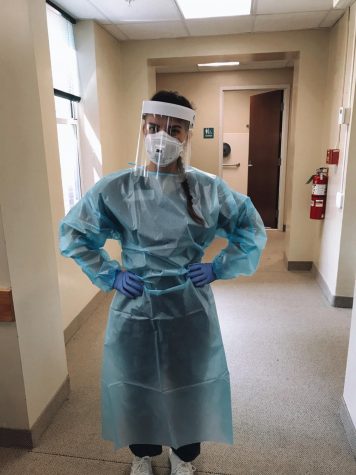 Both Moderna and Pfizer finished development of their vaccines in later summer and pharmacy interns like Maura provided regiments to distribute them. “I only have experience with the Pfizer vaccine. It has to be kept extremely cold, like sub-zero temperatures which requires special gloves to handle. Whenever you’re ready to administer it you have to take it out and thaw it in the fridge a day before. After that you have to reconstitute it. Reconstituting means you add sterile water to add more volume to it. Essentially mixing it. Reconstituting the vaccine is just mixing it because it is in a concentrated form whenever it is frozen,” said Maura

The vaccination process is not just a one person job, it requires the cooperation of multiple people. Maura has done many of the steps needed to give the vaccine. “I’ve had experience mixing the vaccine up, drawing up the syringes, and administering it. I’ve had to drive it around to the clinics I’ve been at; which was actually really scary and intimidating because you can’t mess that up. It all worked out though because I’ve had a lot of preparation,“ Maura said.

Doing such duties during a crisis can be intimidating. “It is really scary at first, but you really do feel confident in your abilities because you have had so much education, and so much has gotten you to this point.”

Many people about to get vaccinated feel uneasy with needles and the vaccines. When Maura encounters their anxieties she does her best to reassure them. “I address their concerns and I make sure I have their consent. I try to tell them it’ll be okay, and if they don’t end up wanting it I say ‘well maybe think about it, come back in an hour, and if you’re still interested we’ll still be here.’”

Not everyone can receive the vaccine just yet. The process of distribution is organized into groups of people with those who are the most vulnerable in the front of the line. Maura helped explain this by talking of the process and schedule of vaccinations. “Right now we’re actually in between 1A and 1B. Group 1A, in the very beginning, was only healthcare workers and nursing home residents. Then it was changed to include everyone over 65 as well. People over 75 and people 65 and over with health conditions were originally in 1B, but then they were added to group 1A which extended the time period that group 1A was being vaccinated, which is why 1A took so long to vaccinate. Now we are in the turning point from 1A to 1B, which includes any essential worker like grocery store workers, school employees, police officers, EMTs, and other professions like that.”

With Maura’s perspectives on COVID as a pharmacy intern and a young adult, she felt there should be one thing we take from this crisis. “We should be recognizing all of the essential workers, and acknowledge that we wouldn’t be able to function if they weren’t working. I don’t just mean healthcare workers, I mean people from all fields such as grocery store workers. If they weren’t working the whole time we wouldn’t be able to function. They should be recognized and compensated appropriately,” she stated.

Maura will continue on working the frontlines of the pandemic battlefield, which will hopefully be eradicated by the time she earns her doctorate in pharmacy next year.