America: The World’s eyes are on you 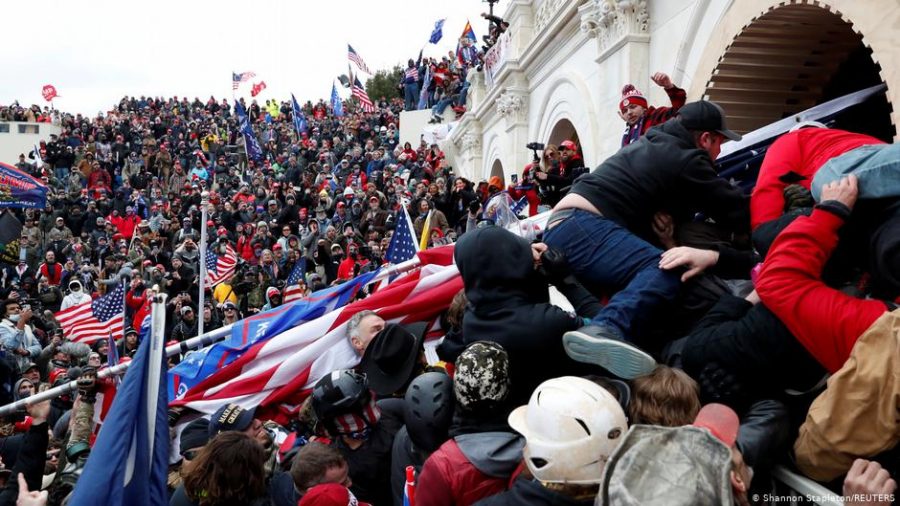 Pro-Trump protesters storm into the US Capitol during clashes with police. REUTERS.

The recent insurrection at the United States Capitol in Washington left a nation anxiously staring at their televisions, awaiting news of the riot’s aftermath. In a last-ditch effort to halt President-Elect Joe Biden’s official confirmation, supporters of President Trump came in droves, and anarchy ensued. Politicians were shielded away, while rioters raided their offices, many proudly displaying weapons. As Americans watched in fear, the world at large seemed just as concerned. The United States has historically been an advocate for democracy, yet it would seem the same nation who ensured other countries had the right to free and fair elections condemned their own practice.

Chancellor Merkel has been critical of President Trump’s actions long before January 6, and it would seem the riots only furthered her distaste of the now twice impeached president.

“I regret very much that President Trump has still not admitted defeat, but has kept raising doubts about the elections,” Merkel shared in a meeting with German conservatives.

“He stoked uncertainties about the election outcome, and that created an atmosphere that made the events of last night possible,” the chancellor further remarked.

Alternatively, many world leaders appeared to avoid talks of the president altogether, instead extending condolences and promises of cooperation with President-Elect Biden.

“I have trust in the strength of US democracy. The new presidency of Joe Biden will overcome this tense stage, uniting the American people,” said Spanish Prime Minister Pedro Sánchez.

“I think the American democratic institutions are strong, and hopefully everything will return to normal shortly,” he explained on the 1130 Vancouver Radio Station.

The fragility of democracy was made evident to the American people during the January 6 riots. Fortunately, democracy is something that Americans defend and fight for both internally and abroad and will continue to do so. American democracy has remained stable thus far, and provided citizens work to uphold it, it will thrive.