From a Wildcat to a Warrior 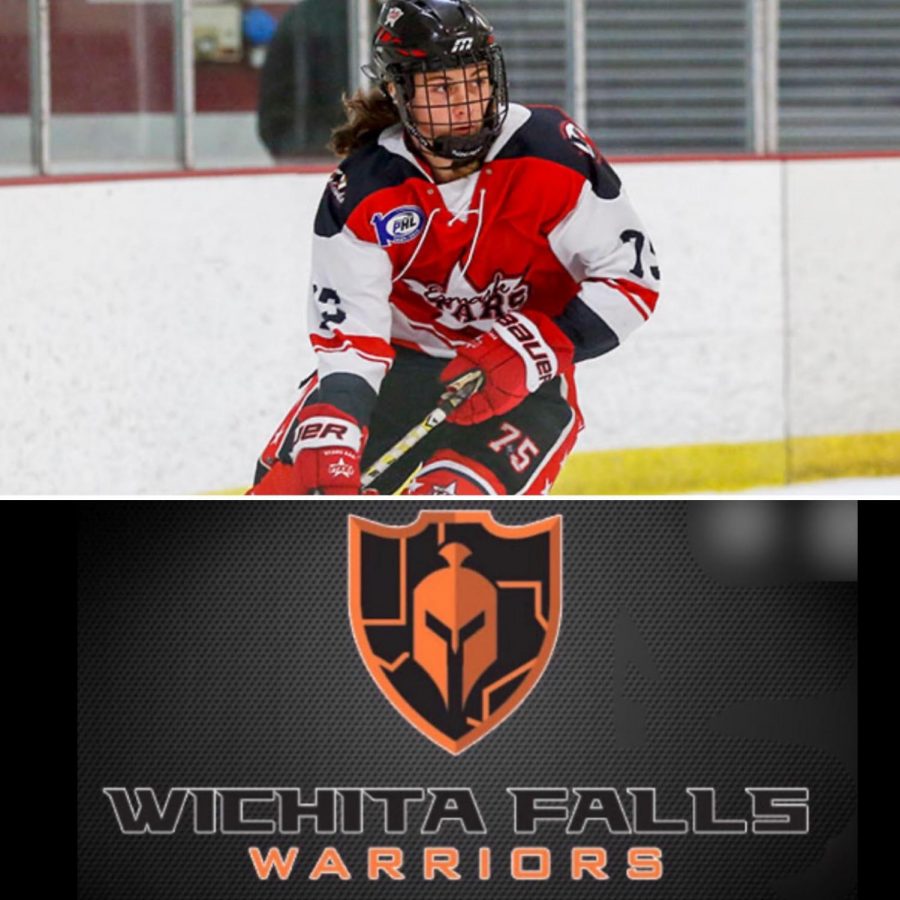 On December 2, 2019 Lane Ruffner officially tendered to The Wichita Falls Warriors of Wichita Falls, Texas.The Warriors are a new team that announced their arrival to the North American Hockey League (NAHL) on November 26, 2019. The Warriors will be competing in the Southern Division in the NAHL.

Lane was the first tender for this new upcoming NAHL team. He was scouted out by Wichita Falls prior to being awarded a tendered position. In other words, this means Ruffner is guaranteed a spot at the Warriors main camp tryouts.

While Lane’s U18 travel team (Esmark Stars) was playing games in Frisco, Texas, head coach Karlis Zirnis approached Ruffner after his impressive game play to award him a spot as a tender.

Ruffner says, “This is good for me because it’s a new team and I have a better chance of making it, considering there are no returning players.”

As a dedicated defender, Ruffner plays hard for every team he is a part of: as a captain of Latrobe Hockey and a committed member to Esmark Stars. “My Esmark coaches were very approving of my decision, for they think it’s a great opportunity for me.”

Lane has a specific routine he likes to follow weekly to improve his overall play and to be prepared for the level of competitive play in his future. . He trains on the ice  with roughly 9-10 hours of ice time weekly between games and practices. He tries to be on the ice as much as possible.

He conscientiously fuels his body for play action. He maintains healthy eating with a protein-packed meal usually containing grilled chicken and rice. Unlike typical teens, he avoids sweets and chips at all costs.  Along with ice time, Lane works out on his own time three days a week at Rusnock Sports Performance and Fitness in Greensburg with his trainer who works specifically to improve Lane’s hockey skills, speed and strength to enhance his overall athletic performance.

Ruffner is planning to play a few years in the NAHL to hopefully move into getting an opportunity to play in college. “Playing for Penn State, Division 1 Hockey was always a dream of mine growing up, so that is what I am going to strive for,” said Ruffner.

Latrobe and the Esmark Stars are filled with local talent. Greater Latrobe and Esmark Stars hockey alumni Brendan Johns, Blake Rossi, and JT Schmizzi were also offered a tender for a variety of teams in the NAHL while they were playing for the same crew of coaches: Kosick and Krivokhija. Johns, Rossi, and Schmizzi all went on to play college hockey.