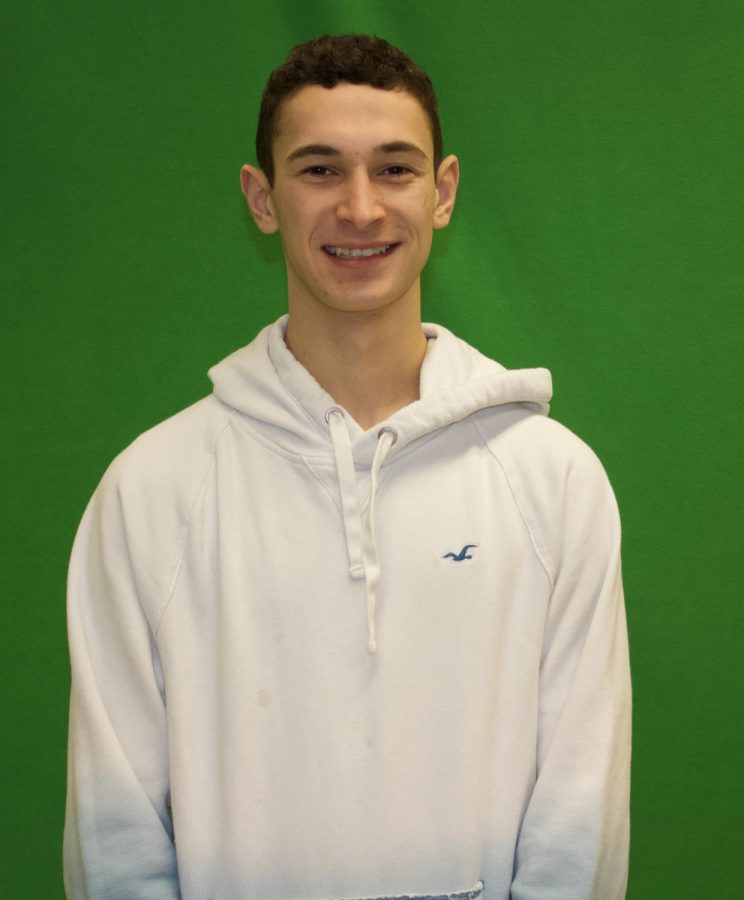 Leadership is influence, more specifically social influence. It is not authority or power. Leadership helps maximize the efforts of others for the greater good. Leadership is setting a good example for others to look up to and doing what is expected of you. Leadership is courage, passion, humility, honesty, integrity, trustworthiness, creativity, and so much more. These are the qualities of Ean Lamolinara, Eagle Scout.

Junior Ean Lamolinara was officially named an Eagle Scout on October 28, 2018. An Eagle Scout is the highest achievement or rank in the Boy Scouts of America program. Typically, only four percent of boy scouts get to the Eagle Scout rank. Lamolinara first became a boy scout in fifth grade and had to work to earn his Eagle Scout ranking before his eighteenth birthday.

“In order to become an Eagle Scout, I had to get twenty-one merit badges and show how and why I deserved each of those badges,” Lamolinara said.

There are six different ranks to fulfill to become an Eagle Scout. Each one of those ranks can take six months or longer to complete. With thirty plus nights of camping, cooking breakfast, lunch, and dinner for a group of people, and volunteering, working for that last rank was exhausting, to say the least for Lamolinara.

“My troop and I went to clean up roadways multiple times, just picking up litter. I also helped out at the Derry Area Historical Society with setting up events and staying to clean up,” he said.

“It took me one year to get to the last rank. I got denied once, because my project was not good enough to show that I deserved to move up,” said Lamolinara. “There’s no messing around.”

Lamolinara’s project was putting up three historical markers in Derry. When he was getting evaluated, they told him that his project was not as difficult as they would have liked it to be. He made his project better by mulching and planting flowers around the markers. He also went to the Derry Area Historical Society and cleaned out their barn to keep it in good condition for the future.

In general, one of the biggest qualities a leader can have is being a good citizen. You have to be willing to help when needed and spend a lot of time invested in the program to be successful.

“My father and cousin [Josh Dorfman, a Greater Latrobe graduate] were also Eagle Scouts,” he said. They inspired him to become one as well.

“It was hard to try to balance all of my activities,” he said. Lamolinara is also a member of the Greater Latrobe Hockey team. The team is known to have unfavorable times for their activities, resulting in the players being extremely tired. Trying to balance his hockey schedule and school work with the demanding process of becoming an Eagle Scout was difficult for Lamolinara.

All of the bumps in the road finally paid off in the end when Lamolinara received his Eagle Scout rank. He was showered in letters from many important figures such as President Trump and the White House, former Presidents George H. W. Bush and George W. Bush, Bill Gates, The Thunderbirds, The Pope, Air Force, U.S. Army, The Blue Angels, and more.

“I think I got at least twenty letters,” Lamolinara said.

Lamolinara has achieved something that not that many scouts can say they have reached. He worked through the highs and the lows to finally come out on top. He has learned a lot of life lessons throughout his time being in the program.

“It has made me a smarter and better person. I now have life long lessons that I will always use. I don’t have to rely on my phone all the time now, I know how to read a map and use a compass. I am prepared for real-world situations.,” Lamolinara said.

Lamolinara has showed leadership in more ways than one throughout his rankings, and now knows what a true leader is and what it takes to be one.